Are you forgetting names of people you have just met?

Don’t remember where you parked your car?
Losing your keys?
Trouble with balance and walking?
Developing a tremor?
Trouble judging distances?

These could be due to environmental factors that are adversely affecting your health!  What are the 2 top environmental changers you must do to save your Brain, Memory and vision?

I just finished attending an Environmental Conference in Phoenix, AZ. This was organized by Dr Walter Crinion who has been specializing in the field of Environmental Medicine for the last 30 years
It was a pleasure to see two Naturopathic Doctors who previously worked in my office were presenters at this meeting. Dr. Oddveig Myhre gave a shocking talk on the state of the food supply in the United States and globally. It was an “eye-opener” for all attending. Several attendees were heard to say “this talk alone was worth my coming here”. She was followed Dr. Anne Marie Fine who gave a fantastic overview of the role of epigenetics in chronic neurotoxicity problems. Many of you might remember these two doctors who helped me in the Arizona practice.

What were the top two top critical things to do to improve your health and reduce the adverse toxic effects on your health? This was a surprise to me since I have been focused on Food, diet and removing heavy metals.  According to William Rea, who is considered the father of Environmental medicine, it is the adverse affects of gas in the home. He was not talking about the small amount of gas that leaks from a pilot light, but the adverse effects of burning gas.

We have been lied to that gas is a clean fuel!

The British medical journal, The Lancet, reported in1996 that the use of domestic gas appliances, particularly gas stoves, was linked to increased asthma, respiratory illness, and impaired lung function especially in young women.  Women using gas stoves had double the respiratory problems of women cooking on electric stoves. The same study showed that using extractor fans which vented the cooking fumes outside did not reduce adverse effects of gas.

“Traditionally natural gas is a pollutant chemical that can worsen both classical allergy and chemical sensitivity.  This effect has been seen mostly in areas where natural gas is in widespread use,” wrote Dr. Gerald Ross, Past President of the American Academy of Environmental Medicine in1997.

“For the chemically susceptible individual this gas may be the worst form of fuel,” writes Dr. T. G. Randolph.  But surprisingly, his studies found that when gas stoves were removed from the home of a person with chemical sensitivities, not only did their health improve, but so did the health of all family members.

Other studies have found that children living in homes with gas stoves had more than double the risk for respiratory symptoms, including asthma. Asthma patients who used a gas stove seven or more times a week was found to have doubled their risk of emergency room treatment. Infants who grow up in households with gas are almost twice as likely to develop childhood asthma as those who live with second-hand smoke. (Second hand smoke itself doubles a child’s risk of developing asthma.) These studies have all been published in respected medical journals.

When natural gas is burned, as in cooking and heating, the chemicals create nitrogen dioxide, carbon monoxide, fine particulates, polycyclicaromatic hydrocarbons, volatile organic compounds (including formaldehyde) as well as other chemicals. Just imagine what you are breathing when you bend over a gas cook stove to stir your food or when you open the oven door

Dr Rea is seeing more and more patients with serious neurological problems related to the adverse affects of gas in the home! Get rid of all gas burning devices

The second most important item is we need to purify the air we breathe.
Every home should have an air purifier, especially in the bed room where most people spend the longest period of time.
We also need to open our windows since most homes, because of insulation, are now an air sealed container. There are more toxins inside our homes than outside. Open the winnows to let purer air into the home and let the high volume of toxins inside out


Save your Brain and Memory! Dr. Kondrot’s New program 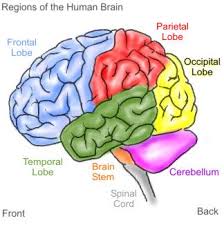 For more information on the Kondrot Brain and Memory Program

This site uses Akismet to reduce spam. Learn how your comment data is processed.

Keep up to date on the latest advances and research in alternative treatments of eye disease.

Keep up to date on the latest advances and research in alternative treatments of eye disease.

Simply Fill in the Form to Download the FREE Book.

You have Successfully Subscribed!